RMD.ASX traded at our $9.00 profit target today. The stock has put on 20% since our buy trigger. Patience has paid off here and waiting for  todays earnings result has proven to be the right approach.

ResMed’s annual profit for the year to June 30 was $US352m on annual revenue of $US1.8b, up from $US1.7b. Revenue for the fourth quarter lifted 15 per cent to $US519m boosted by the acquisition in healthcare software group Brightree. Quarterly dividend raised to 33 US cents per share.

Our algorithm engines will continue to track RMD.ASX for future buying opportunities and I’ll be sure to keep you informed. 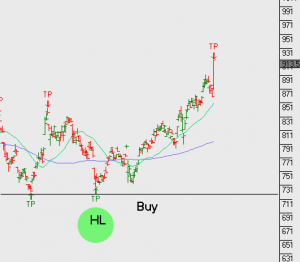 Enjoy the proceeds of this quick profit!

QUB.ASX has today traded at our $2.50 profit target. Bank the 12%+ profit on this investment.

Our algorithm engines will continue monitoring QUB.ASX and I’ll be sure to alert you, when the next buying signal occurs.

FMG.ASX has rallied from $1.50 to $4.50 in the past 6 months. June Quarter shipments were strong and the company continues with further cost reduction. US$600m reduction in net debt and positive FY17 guidance of 170 Mt. 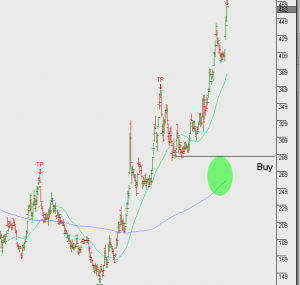 This allocation is for income seekers and not traders.

RMD.ASX 4Q16 results come out tomorrow. Will be interesting to see the numbers, we hold this name in the model portfolio and we’re looking for ongoing strength through to our $9.00 exit target.

Looking for NPAT of around $370 – 380million and 29 cents of dividends. Watching the sales growth rate data on the US flow generators.

The last week of July has a full schedule of first tier data releases and market events. These include the FOMC and BoJ meetings, the German IFO survey, Australian inflation data and GDP reports from both the USA and UK. In general, we believe the BoJ meeting will have more market impact than the FOMC meeting, the US GDP data could surprise to the upside and a weaker Aussie inflation report may not convince the RBA that an August rate cut is the appropriate course of action.

However, we believe one of the most important data points for the week will be when the European Banking Authority stress tests are released after the NY close on Friday.

The financial markets have recently focused on Italian banks and their swelling non-performing loan book but there is an acute risk that other Euro-Zone banks, including large German, Austrian and French banks, will need to raise capital as well. It’s worth noting that the MSCI European Bank Index lost almost 25% of it’s value after the UK referendum, including a 28% drop in the shares of Deutsche Bank.

At the beginning of the week, we expected yesterday’s ECB meeting to be a significant risk event for the single currency and offer trading opportunities on new policy measures or adjustments to current stimulus operations. But Mr Draghi said nothing that surprised the FX market.

He acknowledged the resilience of the financial markets in the aftermath of the UK referendum and noted that upcoming data, combined with new staff forecasts in September, would give the ECB a better view to assess the macroeconomic situation in the Eurozone. He also pointed out that the risks to growth and inflation remain tilted to the downside going forward.

As a result, the EUR/USD traded in a narrow, 70 point range throughout the LDN and NY trading sessions; one of the most passive ECB meetings in recent memory.

However, about two hours before the ECB announcement, comments from Bank of Japan (BoJ) Governor Kuroda that the upcoming stimulus package would not include “Helicopter” money hit the BBC newswire. This headline sent the USD/JPY plunging over 160 points to just under 105.50. Once the BBC clarified that these comments were from a June interview, the pair regained the 106.00 handle but came nowhere near the intra-day high of 107.40 and casts doubts on the FX impact of final BoJ package to be released next week.

These two examples illustrate the non-linear impact Central Banks currently have on increasingly skittish financial markets. On one hand there was a highly anticipated ECB announcement, with a live press conference, which produced little in terms of EUR/USD price action, and on the other hand, there was the release of month old radio interview which spun the USD/JPY into three hour trading frenzy.

Because of the non-traditional stimulus measures used by G-7 Central Banks, and the resultant negative interest rate environment, we have reached the point at which investors are buying stocks to capture yield, buying bonds for relative capital gains and trading currencies as a correlative by-product of the previous two.

With this in mind, officials at the Federal Reserve are, once again, talking about a rate rise before the end of the year. This, along with weak economies elsewhere in the developed world has resulted in the value of the USD increasing over last three months. As such, we maintain a long USD bias even though the trajectory higher may have a higher level of volatility due to equity related risk on/off correlations. 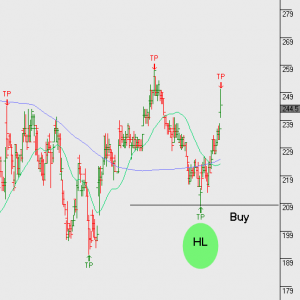 Qube Holding Ltd (QUB.ASX) is starting to trend higher as expected. The premise of this trade is the market will begin to re-rate QUB following the finalisation of the asset purchases from Asciano. Traders may look to take take profit around the $2.50 level.

Keep this one on your radar as the 2 to 3 year outlook should see this stock present multiple buying opportunities. Our algorithm engines will continue tracking for optimum entry and exit levels.

Watching the close of the financial markets early Saturday morning (Sydney time), we were thinking that this FX UPDATE would be discussing a change in leadership in Turkey and how that would impact the rest of the Eurozone economics…….tanks in Istanbul, helicopters strafing government buildings; it all sounded pretty grim for Mr Ergodan’s government.

As it turned out, the coup failed and order has been restored in Turkey, for now.

However, there are several other data points in the Eurozone this week which will drive trade flow in the Euro and other G-7 currency pairs. The three events that FX traders will be following are; the German ZEW data on Tuesday, the German PPI report on Wednesday and the ECB meeting and rate decision on Thursday.

The preliminary forecast for the ZEW is for a sharp fall in business sentiment from 19 to 8. This is one of the first post-Brexit readings and would represent the weakest number of the year. Wednesday’s German PPI data is expected to fall from .4% to .2%. With this series, it’s not so much the actually number but the direction of the trend. German inflation was in negative territory earlier this year and turn back to a negative trajectory is worrisome for the ECB.

Following the short recommendation on the 1st of June and our $9.10 target, it’s worth highlighting that Bendigo Bank hit our target (traded down to $8.91) two weeks later and a profit of over 10% in less than 10 trading days. Bendigo has now bounced and traded back up towards a sell price that puts the short trade back on our radar again, however, until the broader market indices rollover, we’re not focused on new short positions just yet.