Rio Tinto is under Algo Engine buy conditions and we anticipate buying to increase within the $105 – $110 price range.

Watch the short-term indicators for a turn higher.

Iron Ore prices have held up well in the recent market sell-off, with spot prices remaining around USD$80 p/t. 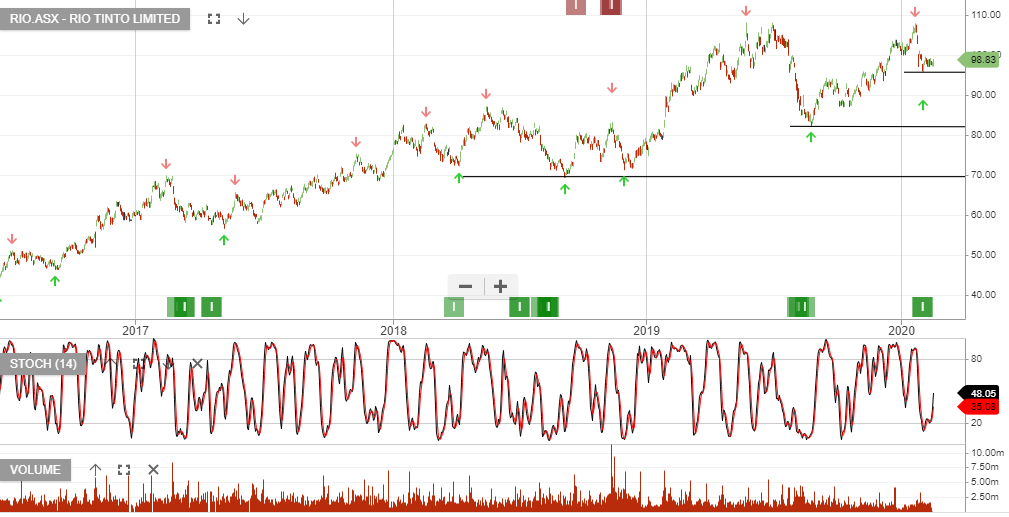 We expect to see buying interest pick up near the current $93 price level.

Rio Tinto is now showing an Algo Engine buy signal and has been added into our ASX 100 model portfolio.

We see value emerging and consider the $82 – $87 price range as a good entry-level.

We prefer BHP over RIO

Rio Tinto reported their June quarter production which was in line with market consensus.

If we assume a slight softening in Iron Ore prices next year, (back below US$100 per tonne), RIO will produce $45bn in FY20 revenue and generate EBITDA of $20bn. Underlying reported FY20 profit will be $10bn, which will sustain a 5.5% yield based on dividends per share of $4.50.

Within the resource space, we continue to prefer BHP over RIO and within the energy complex WPL and ORG.

Spot iron ore prices have rallied in the past days on the news of a second catastrophic tailings dam failure at a Vale-owned mine in Brazil.

Exceptions of reduced supply impacting the market, has driven up short term spot prices. Although, Iron Ores prices have been on a steady climb since the November low.

We remain cautious of a potential pullback in RIO, BHP and FMG following the run up in prices and Algo Engine sell conditions.

Our preference continues to be in the energy names with OSH and WPL our core exposures.

Our ALGO engine triggered a sell signal for RIO Tinto into yesterday’s ASX close at $79.50.

This “lower high” pattern is referenced to the intra-day high of $82.20 posted on August 1st.

We believe two of the reasons for the recent investor interest are the stabilization of the raw materials market and the announcement of RIO’s massive share buy back scheme.

In total, the plan could equal over $4.5 billion in capital returned to share holders.

As such, we feel the strong fundamentals driving the recent surge in the stock price will result in a near-term consolidation, as opposed to a change in trend to the downside. 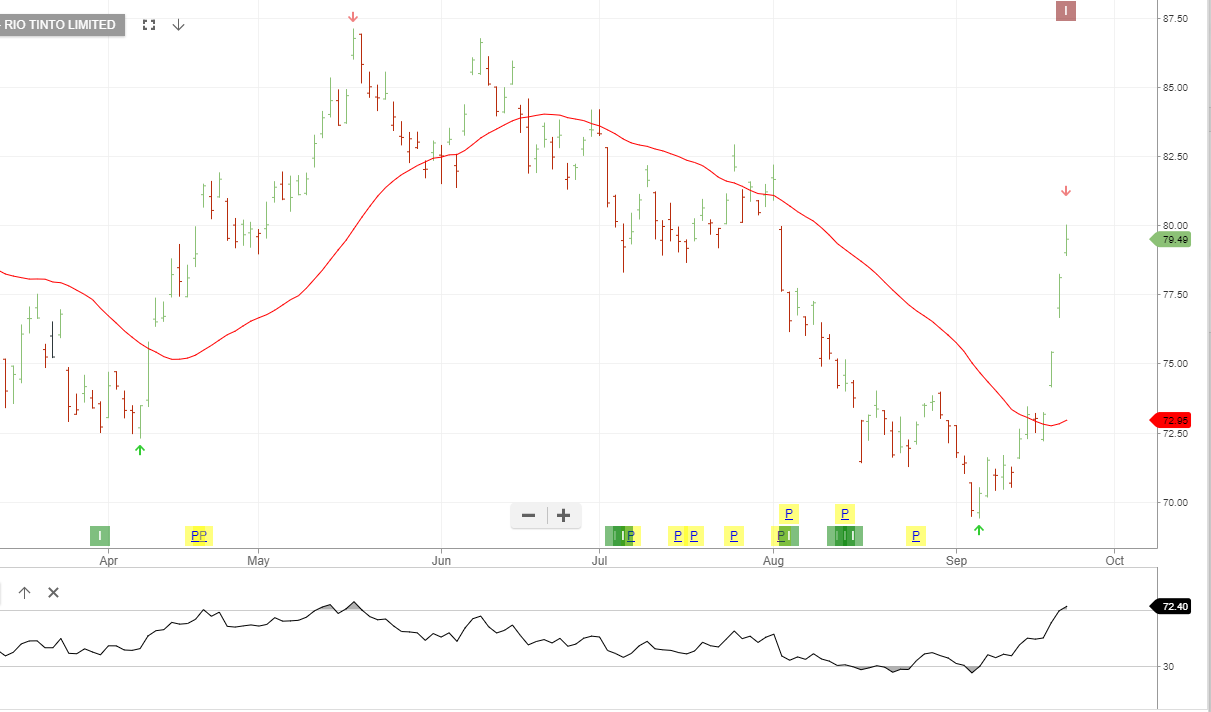 Our Algo Engine generated a buy signal recently in RIO following the “higher low” formation at $71.00

RIO will soon complete US$11 billion +  in  asset disposals and further realization of their portfolio is likely. With net debt now at historically low levels, we expect the bulk of this cash to be returned to shareholders via buy-backs and dividends.

Iron Ore prices appear to be steady at around US$63 p/t. We recommend accumulating RIO shares within the $65 – $73 range. 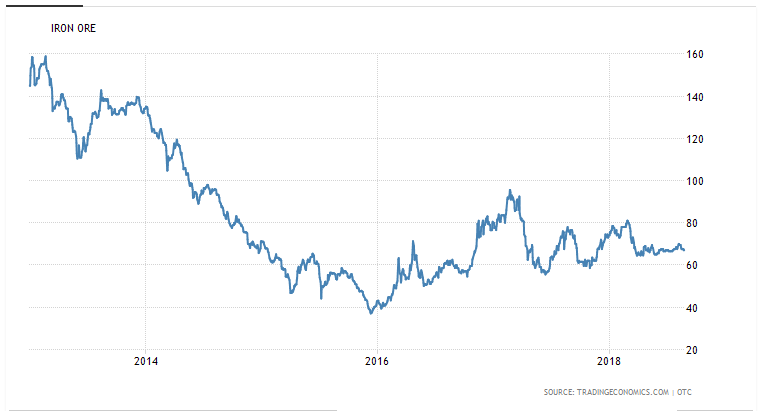 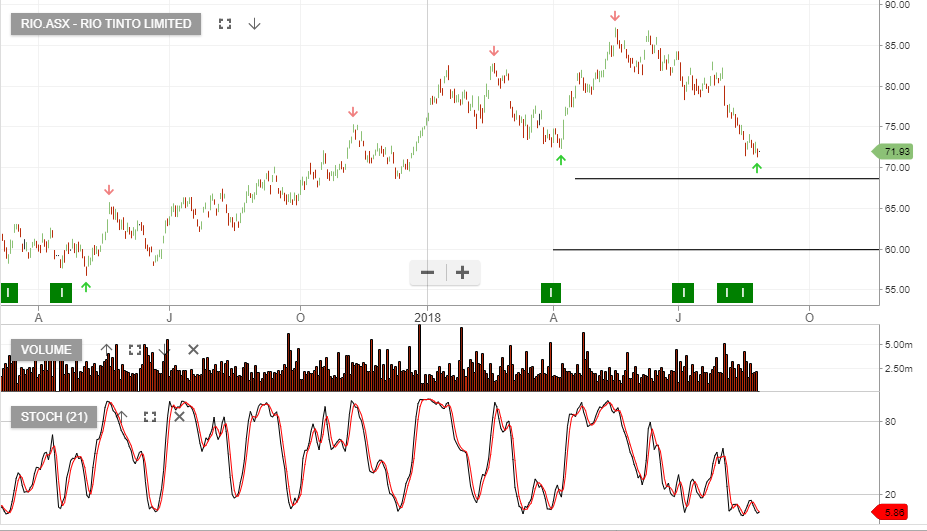