Underlying pre-tax profit rose 20.6% to 290.49 million, which is the highest first-half result in the retailer’s 30-year history.

The company declared an interim dividend of 14 cents (fully franked), which is up 1 cent on the same time last year.

Shares of property group Lendlease popped to an 18-month high of $15.84 in early trade as the company announced a sharp increase in after tax profit.

For the six months ending December 31st, Lendlease posted a 12% rise in net profit to $394.8 million.

The stronger result was largely based on the 40% increase in earnings for their construction division, with their investment and development divisions posting pretty much unchanged results from last year.

The company announced an interim dividend of 33 cents per share (fully franked), which was slightly higher than the street’s expectation of 30 cents per share.

The company’s return on equity for the last six months reached 13.7%, which is at the upper end of their 10 to 14% target guidance.

Woolworths – Buy on the Dip

Woolworths  trading back to $25.50 looks like reasonable value. We’re buyers on a dip in the share price at or $25.50. We see scope for 5% underlying EPS growth and when complimented with a  covered call option, we’re generating  10%+ in annualized cash flow from the dividend and the call option income.

CCL is another name that we’ve been buying the stock at or near $10.00 and selling tight covered call options to generate 10 – 12% annualized cash flow . 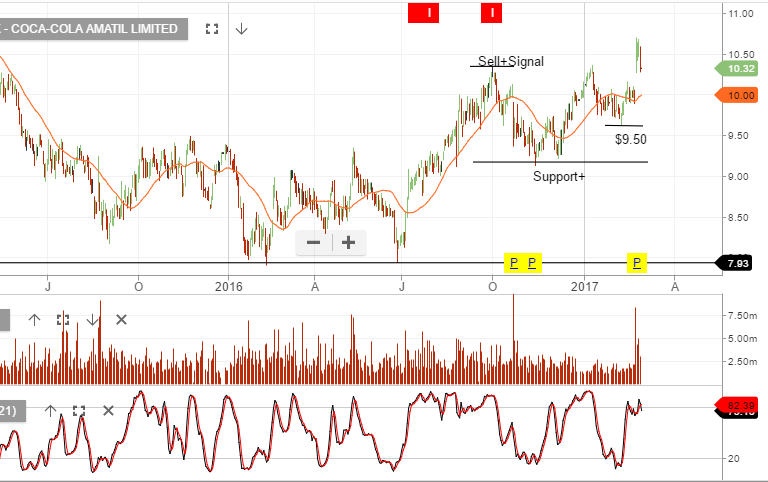 There’s limited revenue growth, limited profit growth and a 4% dividend yield. However, we see the stock as a defensive income contributor to client portfolios.

In addition to the 10% cash flow from the dividend and option income, we’re allowing for a small capital gain over the next 4 months.

Domestic yield sensitive stocks are looking well supported as global yields in G7 economies retreat from recent highs.  The bond  market seems to be losing some of the optimism in the”reflation” trade.

Evidence of the retreat in yields can be seen in the US 10-YR treasuries where the yields are now trading down from 2.61% to 2.31%.

The impact of this is:  money is now flowing back to REIT’s, infrastructure, consumer staples and telecommunication stocks. 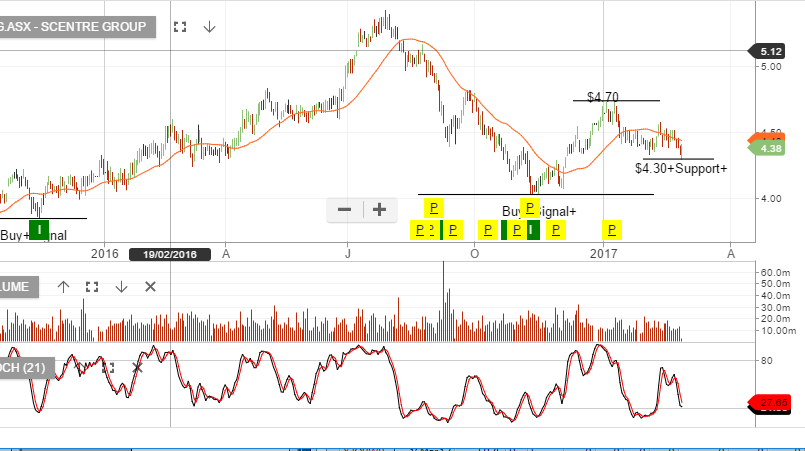 Shares of QBE are up over 5.5% in early trade as the insurance giant reported a 5% jump in net profit, as well as, a $1 billion share buyback scheme.

In the year up to December 31st, the  company announced net profit after tax of $844 million, which is up from $807 million over the previous year. Return on equity also improved from 7.5% to 8.1%.

QBE declared it will pay a 33 cent dividend, compared to 30 cents last year.

QBE is fully valued and we recommend selling covered call options to enhance the investment return.