April revenue was down 13% and we’re seeing costs higher than
anticipated. Improvement in trading conditions should occur as the partial easing of restrictions take place.

InvoCare announced it will raise up to $250m in equity at $10.40 through an underwritten institutional placement plus up to $50m through a SPP.

The funds will be used to pay down debt and shore up the balance sheet. 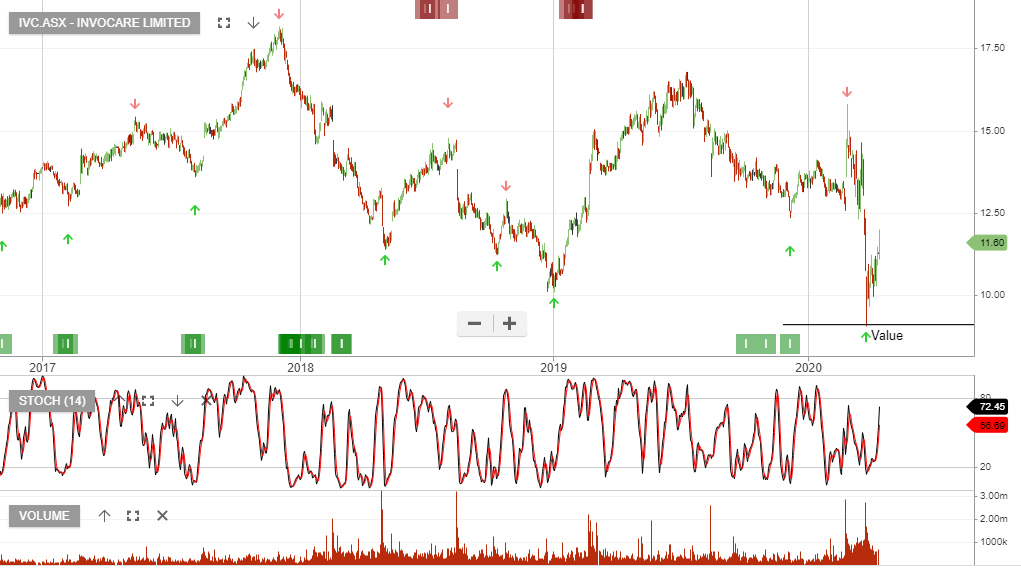 InvoCare is under Algo Engine buy conditions and the short-term indicators are now turning positive.

We see buying support building near $12.50

InvoCare comes onto our watchlist following the 1H19 result which showed 10% revenue growth and NPAT up 9%.

The stock is nearing our entry-level following recent retracement in price.

Look for the next Algo Engine buy signal.

Invocare’s balance sheet will be strengthened following the announced raising of up to A$85m, via institutional placement which will include $20m via a share purchase plan. We expect this to be done at around $13.30.

We anticipate the next signal to be a Algo Engine “buy” and we’re likely to see this before the end of April.

Invocare has under performed following their recent earnings report, in which the company indicated flat forward earnings and an increase in capital expenditure.

Technically, a “higher low” formation remains in place and we flag to our readers the strength in today’s price action. 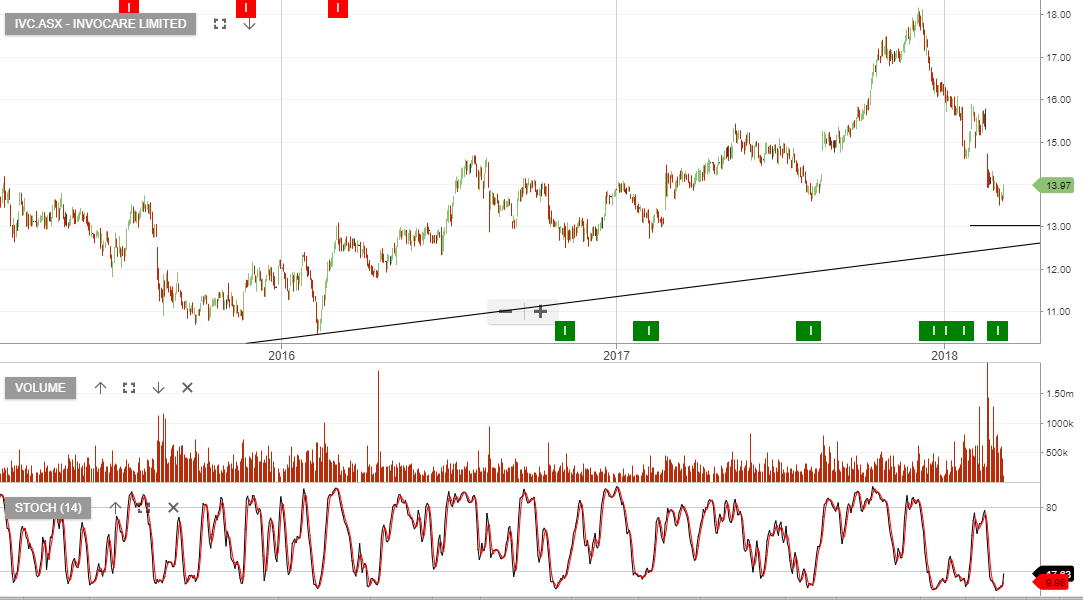 IVC’s FY17 result overall was slightly above our market expectations, although FY18 outlook guidance was disappointing.

FY17 underlying EBITDA increased 8% to $124 million, the result was driven by 2% revenue growth. 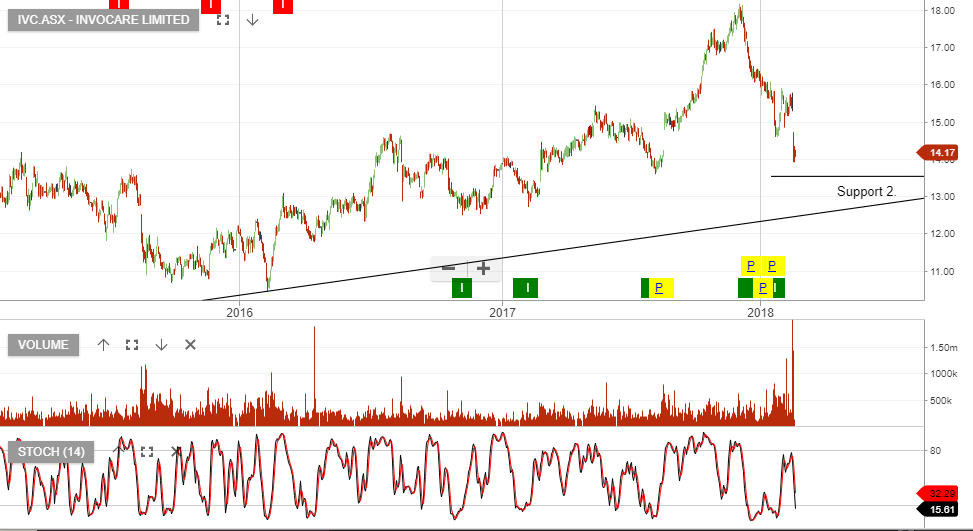 Our Algo Engine triggered a recent buy signal in IVC and the stock has continued to drift lower.

The next range of support is $14.30 , followed by the up trending support line marked as “support 2” in the graph below.

The negative price action over recent days is being driven by the market’s reaction to a change in industry competition in the UK and concerns that similar challenges may emerge in Australia. 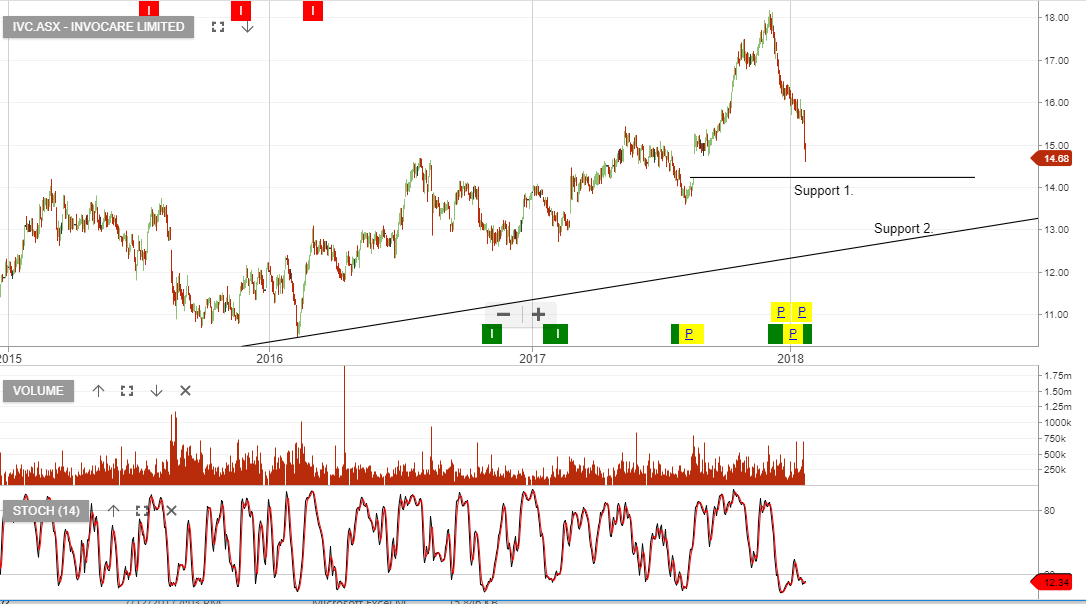