Our ALGO engine triggered a buy signal in BAL into yesterday’s ASX close at $16.67.

This “higher low” formation is referenced to the $14.10 low posted on February 22nd.

The technical picture is looking somewhat soft but we see solid support at or near the $16.00 level. 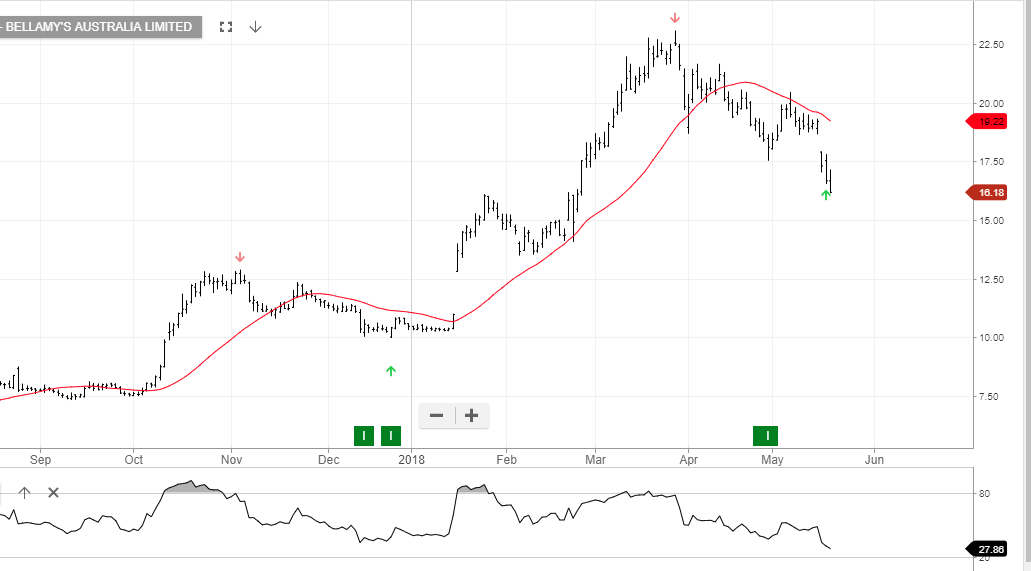 Shareholders of Bellamy’s have a had a pretty rough ride over the last couple of months.

The company is scheduled to report 1H17 results on February 27th, but rumors suggest they could release the report earlier.

On balance, we feel that Bellamy’s is facing many company and industry specific issues, which may act as headwinds against a material rise in their share price.

However, should their planned restructuring strategy show evidence of working, the possibility of a  takeover is a real possibility in the medium-term.

Investors with an interest in the company should focus on the Extraordinary General meeting on February 28th to see what ,if any, changes to the board will be announced.