Boeing also announced that they paid over $2.5 billion to repurchase 11 million shares, which leaves $6.5 billion in its buyback program.

Based on the daily charts, the next relevant support level is near $205.00.

After posting a low of $5.94, shares have rebounded as the details of the current report are supporting new buying.

The company said underlying profits before tax were close to $900 million, and international revenue rose .2% compared to a 6.9% loss in the year-ago quarter. 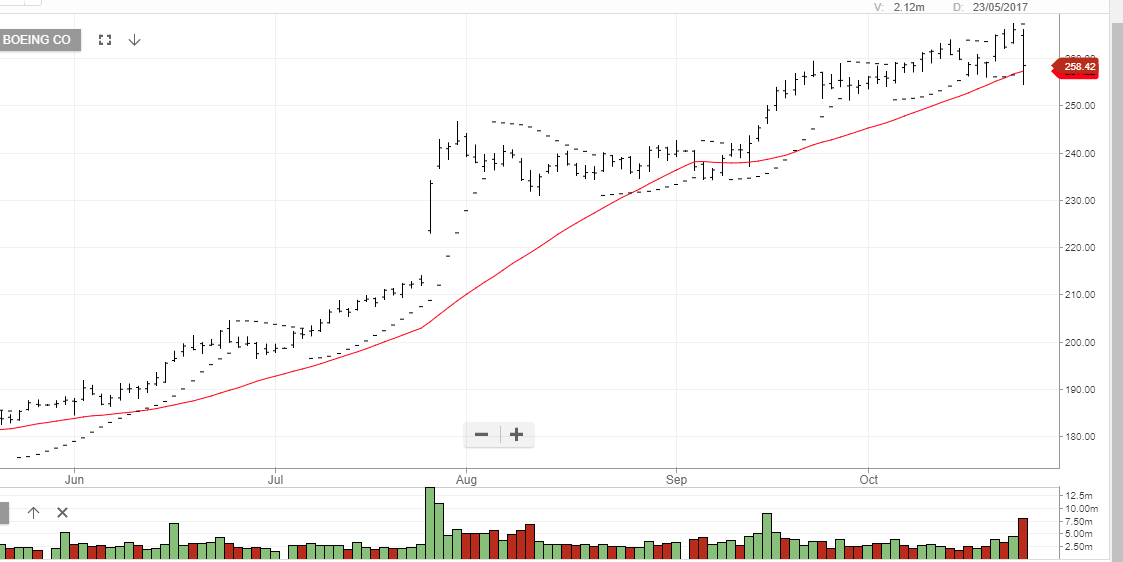 Boeing Lifts The Dow In July

As the chart below illustrates, 310 of those 570 Dow points were generated by one stock: Boeing.

Since the Dow is a price-weighted Index, a higher point value, or Beta, is assigned to higher priced stocks.

Shares of aerospace giant, Boeing, gained over 6.5% and traded at an all-time high of $168.65 as the firm announced better-than-expected Q4 earnings.

The company reported Q4 earnings of $2.47 per share versus analysts’ estimates of $2.32 per share. On the revenue side, Boeing announced $23.3 billion against expectations of $23.1 billion.

Even though revenue from military orders fell by 18% from the same quarter in 2015, the company still said that it delivered 926 commercial and defence aircraft over the full year.

This lower forward guidance will likely temper further gains beyond the $172.50 level.