Shares of Alphabet, the company formerly known as Google, fell over 3% as their Q4 EPS announcement fell short of the street’s expectations.

We expect to see initial support for Google to be found in the $820.00 area.

Our Algo Engine triggered a short signal on the 9th of December at $13.20. Momentum continues to look weak. 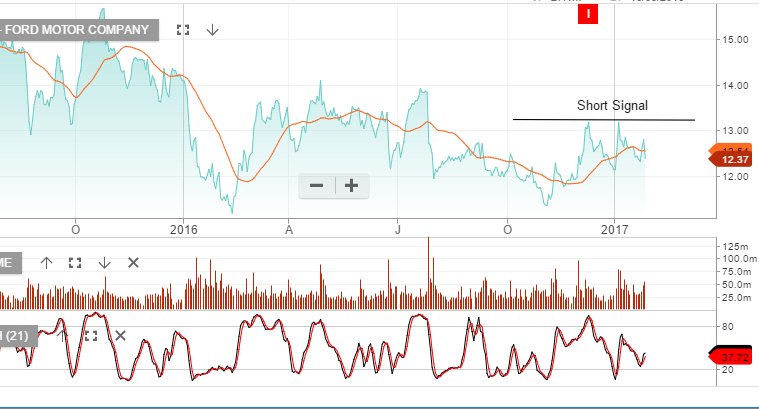 Shares of Intel traded over 3% higher and nearly reached a new five-year high of $38.00 as Q4 earnings and revenue both beat analysts’ expectations.

The chip-maker posted Q4 EPS at 79 cents per share on quarterly revenue of $16.37 billion. The street was expecting EPS of 74 cents on revenue of $15.75 billion.

The key growth sector for the firm has been the data center group, which posted an 8% year-over-year increase to $4.7 billion.

We view the growth prospects for Intel favorably and look for a price target of $46.00 over a 3-month horizon.