Big Reversal In The FANG Stocks

Shares of Facebook, Amazon, Netflix and Google (also known as the FANG stocks) all fell over 3% today as investors pulled money out of the overheated US Tech sector.

The FANG stocks have been market leaders all year and have accounted for over 40% of the NASDAQ gains year-to-date. On a valuation basis, these names have added over $600 billion to the S&P 500 even though they only make up 13% of the index.

Many analysts have been expecting a pullback in the tech sector as P/E ratios and forward guidance data have approached the levels last seen prior to the 2000 and 2008 market corrections.

It’s worth noting as a point of reference that Microsoft, which is not a FANG stock, fell 62% after the 2000 tech bubble burst and dropped 45.5% during the financial crisis in 2008.

Even after today’s sharp decline, the S&P tech sector is still up over 18% for the year. 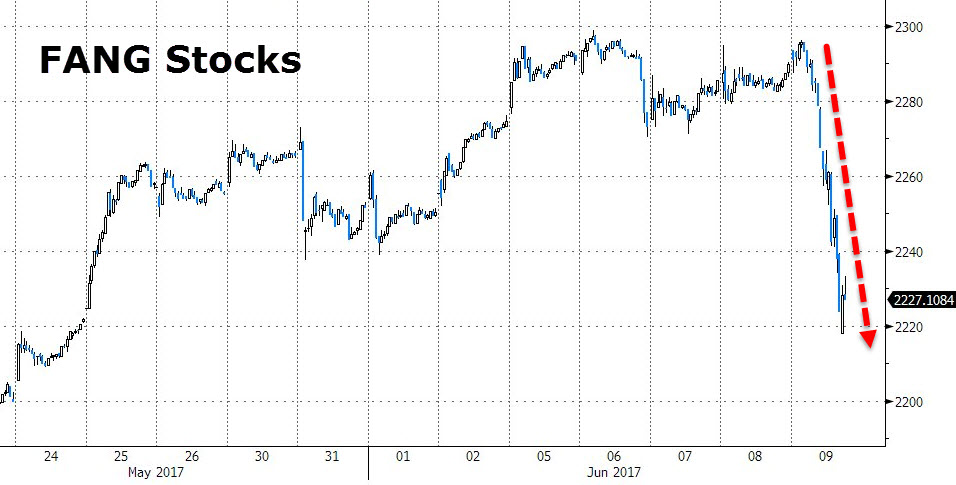 They reported earnings of 12 cents a share, which double analysts estimates of 6 cents a share as revenue for the quarter climbed to $2.16 billion from $1.58 billion during the same time last year. The company attributed the strong earnings to a popular schedule of original programming. 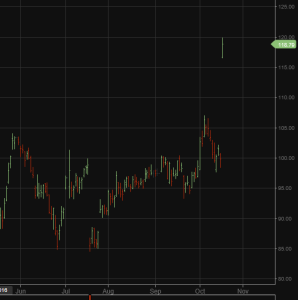